On 19th February 1914 – a hundred years ago last Wednesday – the foundation stone of the present Castle Street Methodist Church building was laid. You can see it now on the front face of the tower, behind the railings. 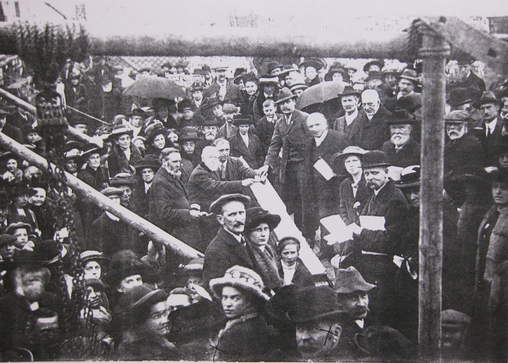 The two ministers named on the stone, George and Shirley Windram, were father and son. The manse then was in Alpha Road between Victoria Road and Chesterton Lane.

A detailed account of the ceremony was reported in the newspaper the following day. The total cost of the new buildings, including the purchase of additional land was reported to be £5,005 9s. The Mayor of Cambridge addressed the gathering with a few words and congratulated the Primitive Methodists on this new undertaking.

This entry was posted in Archive, Centenary.